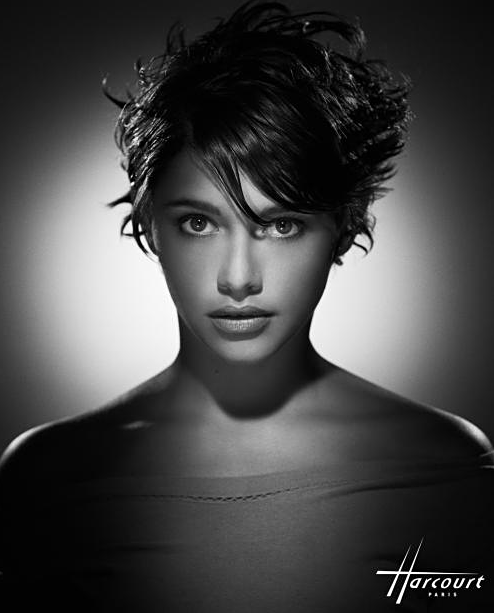 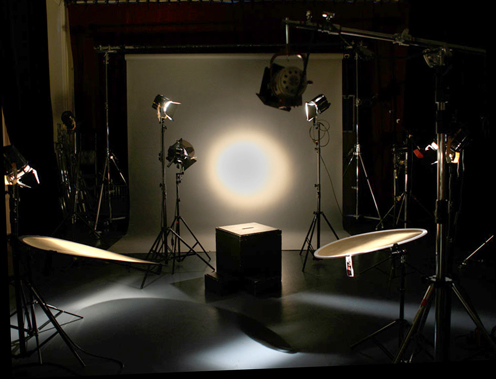 Studio Harcourt is located in Paris and is founded in the early ’30 of the 20e century. The style, that is typical for that period (Hollywoodlighting), they still use it.

Camera: In the early day’s of the studio, they took pictures with a large view camera, now it’s al digital with Canon. As you can see in the second picture, they use no flash only Tungsten lighting. Each part of the body or the face is illuminated separately by a light with a power of 500watt. Each light have also barndoors, so the photographer can manipulate the beam of light, a small part is lighted. Noticed the use of reflectors to lower the contrast in the shadows.The studio works usually in black/white. Camerasetting: f5,6 for a small DOF 1/125sec for a not blurry portrait and 85mm as lens. There’s little postproduction, only the contrast is set higher.