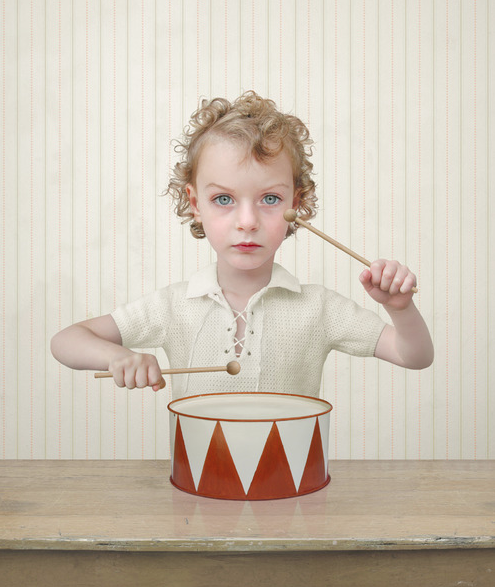 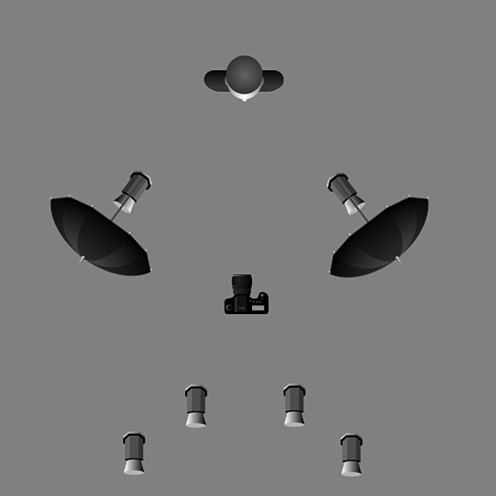 Part of her haunting and surreal Works IV, The Drummer  was made with 6 lights. Sometimes you need a lot of light to make it appear that you don’t.

Lighting: Since Loretta’s goal is to create an super-flat image, no key lighting exists. All of the lights are used to flatten the child’s skin tones, while leaving a hint of shadow (under his chin). 2 white umbrellas at f5.6 1/2 are 2m to both camera right and left, and 1,2m above the boy’s head. 2 normal reflectors on a light tree at f4 1/2 are bounced into the white side of a wall in a flat and placed behind camera, just to the right. Another 2, with the exact setup, are just to the left. This helps to fill most of the shadow.

Comments: For lunch, the caterer served fish sticks, chicken strips, carrot strips, apple strips and ketchup. The boy had been beating like a maniac on the drum, but stopped abruptly, here, when Loretta told him her real name is.