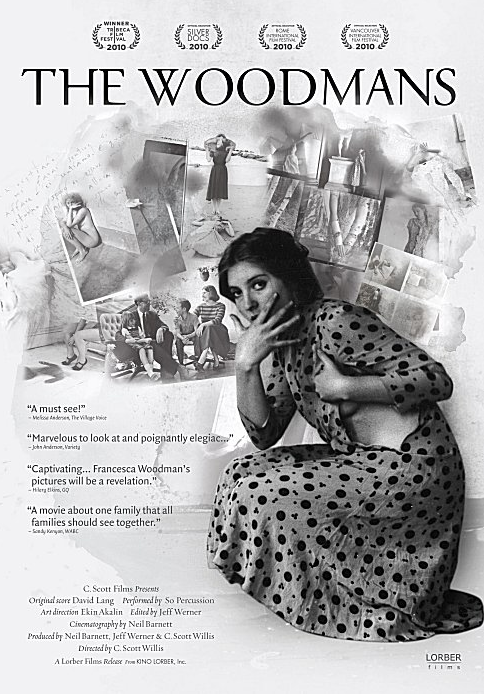 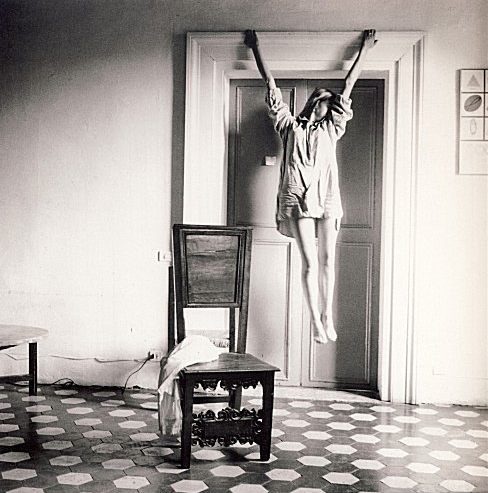 Last sunday I saw a documentary, on Dutch television, about Francesca Woodman. It was fascinating.
After the very talented American photographer Francesca Sarah Woodman  committed suicide at the age of 22, it took her parents and brother – also artists – in the years to come to deal with her ​​death. Meanwhile, Woodman gained posthumous fame with her mysterious black and white photographs of nude women in abandoned interiors,  often herself  figured prominently in the picture.

Francesca Woodman (1958-1981) grew up in a family of highly motivated artists. Her mother, Betty Woodman, is a ceramist and her father, GeorgeWoodman, is a painter. Francesca spent the summers of her childhood with her parents and brother in Florence Italy, where she was a little girl wandering in museums and  filled her sketchbooks with drawings of women in formal clothing.

Francesca’s parents lived by the principle of “art is hard work” but neverthelessthey were amazed of the ambition of their adolescent daughter who surpassed her parents in the focus and determination. As a seventeen year old girl, Woodman felt in love with photography and soon she developed a complex, mature style. In several of her own pictures she was the model, which they serve as its own model featured in mysterious scenes that took place in derelict interiors. In the years that followed, she moved to New York where she in the art world was seen as promising, but a breakthrough had to wait.Meanwhile, Francesca struggled with depression, a battle that was so heavy that she ended her life in 1981 .

The documentary “Francesca Woodman – Photographer ” is a film about  the exceptional talents of Francesca Woodman, whose work now hangs in museums. The film also shows how her parents and her brother deal with the premature death of their daughter and sister and what role her death has played in their own art. It was for them a  long and painful process.