Here is Queen Latifah portrayed as Ursula from the Little Mermaid. I put some behind the scenes photos of the set from different angles.

To camera right, a large octobank shooting through a large diffusion panel toward the Queen. Two large strip banks on either side of the camera, low, illuminating the underside of the tentacles. Two large octobanks, one above and slightly behind the Queen camera left, and the other handheld by an assistant at 45 degree angle to Queen also camera left. Another large octobank is boomed overhead, an umbrella illuminates the background, and a reflector held by an assistant camera right. Quite an impressive set up! Understandably as there are several moving parts and awkwardly twisting tentacles. Overall beautifully soft soft illumination. 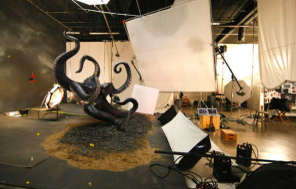 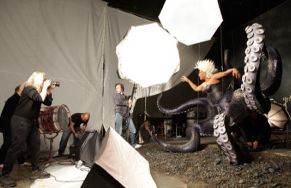 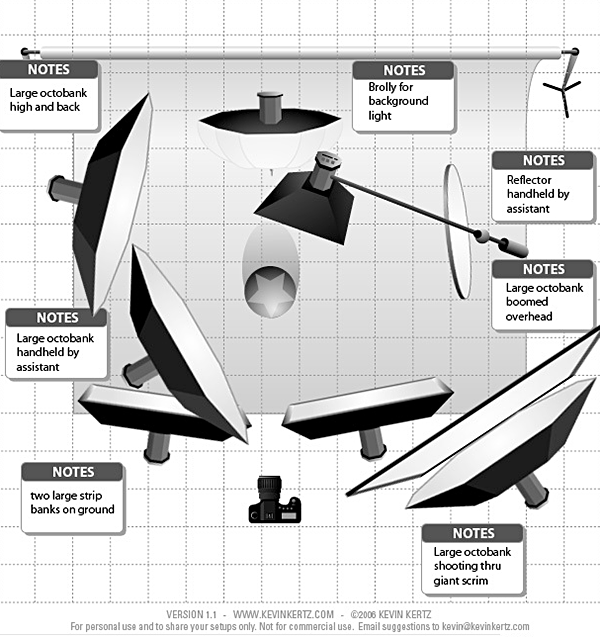