It’s hard to believe in the digital age of megapixels, fantastic lenses and fast computing that there is still a market for getting back to the absolute basics of photography, but surprisingly this is the case. There is really nothing simpler than a pinhole camera as it’s essentially a lightproof box with a tiny hole in one side which throws light onto a piece of film on the opposite side, and this review looks at the latest contender in this growing niche market. 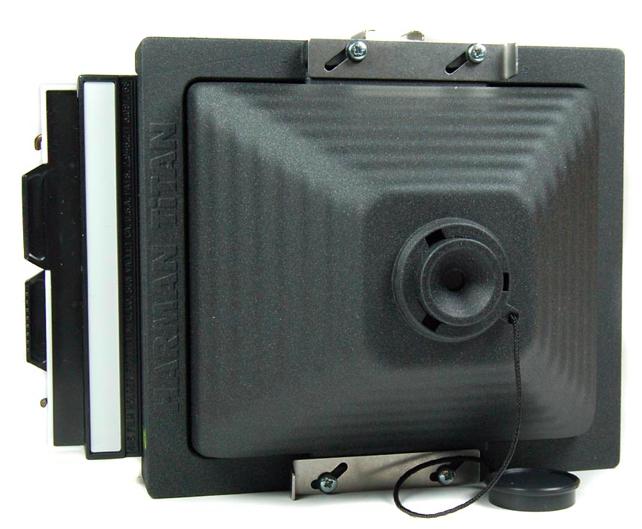 The Harman Titan is a 3 piece camera manufactured by Walker Cameras in ABS plastic and consisting of a body/frame, a cone and the pinhole holder which fits into the cone by a bayonet action. The crucial extra part of the holder is the pinhole lenscap as this acts as the shutter to control exposure of the film, so no worries about batteries going flat at the wrong time. The pinhole included in this kit is 0.35mm which equates to f206 on the 72mm focal length of the cone, thereby resulting in a wideangle view of 97 degrees, which is about 20mm on 35mm film/fullframe digital or nearer 14mm on cameras with APS-C sensors. 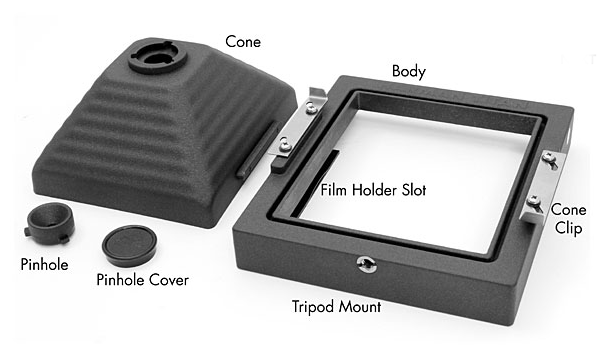 Since I started to rebuild my darkroom the last weeks, I intend to buy this piece of analogue hardware and work with it when the weather will be better.