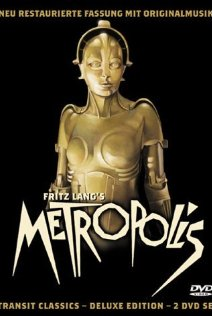 The plot located in the year 2000, the very far future. The world is divided into the Thinkers,  they lead a leisurely life, and and the Workers, miserable creatures deep under the earth, they do all the work. Creator of this fine system Fredersen John (AlfredAbel), a wealthy businessman who works with his own mad scientist, Rotwang (Rudolf Klein-Rogge).

Labor, however, have found a leader in the person of Maria (BrigitteHelm),  who regularly brings a groups of childrens to the surface where she confront them with the unjust luxurious life of the Thinkers. It is on one of these trips that Mary is seen by Fredersen Freder (Gustav Frohlich), son of John. Freder is deeply impressed by Maria not unattractive adventures into the underground of the Workers. For the first time he understands what kind of suffering the Workers have, to and he decides to take action. Meanwhile, however, are worried Freder and Rotwang begin to worry about the inflammatory role that Mariaplays under the Workers, and they decide to replace a robot in her likeness. 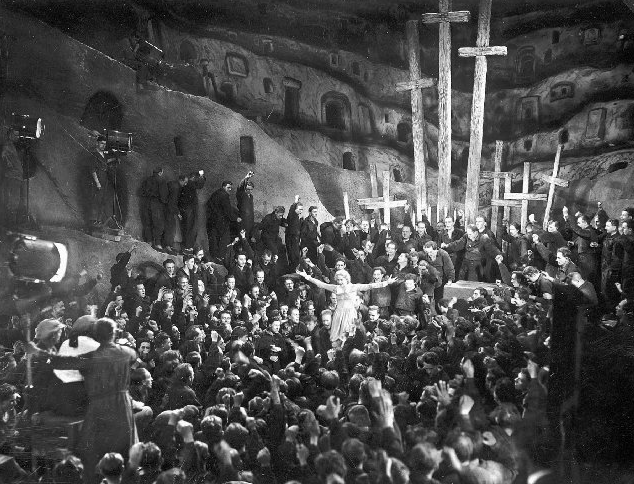 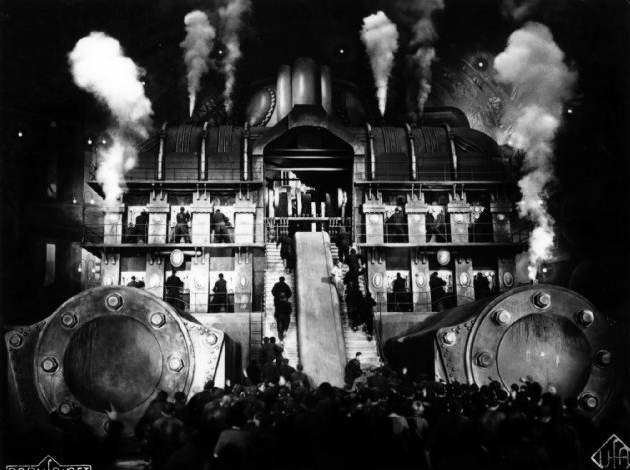 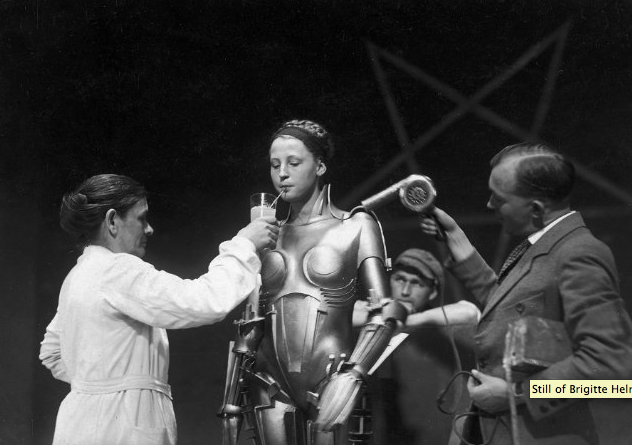 In this picture you see the actress, who plays the robot, between two scenes getting a drink and refreshment by a fan.